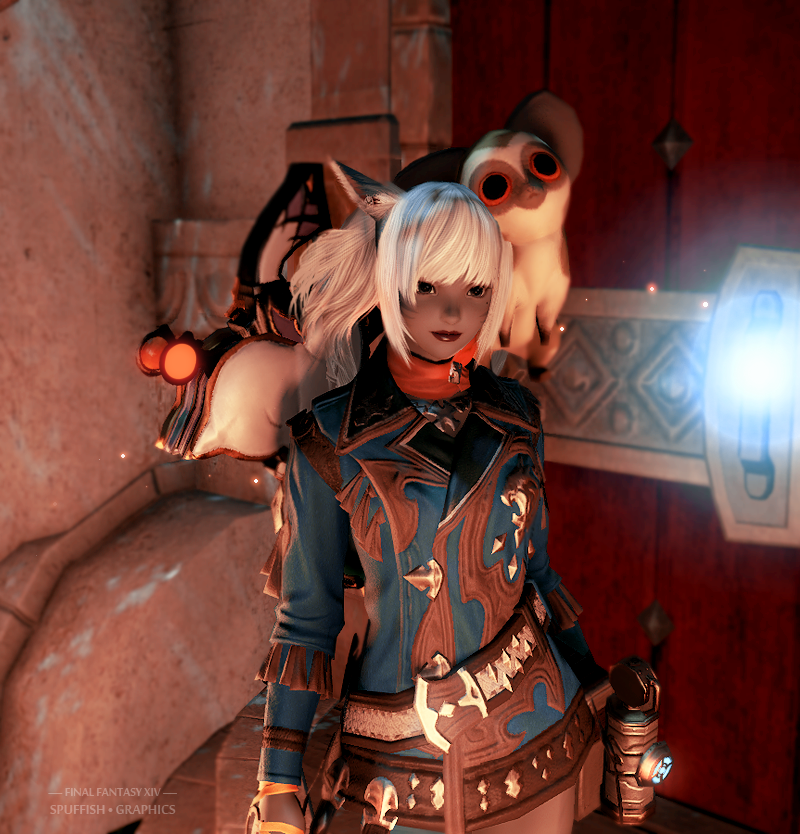 Returning to the game after a five-month hiatus and oi boy ...

A lot has changed and the 3.0 expansion did one hell of a job killing the game. The population's dropped dramatically since and I was disappointed — albeit not surprised — to find that a good number of people have either transferred or quit.

I've been asked to make the switch to Gilgamesh but I have too many attachments to make that a possibility right now. But if things happen to change come 3.2 then I'll be open to joining a more casual, Balmung-esque server and settle my ass in fan art. Ja.

***EDIT 02/06/16: After a couple of racially insensitive occurrences in my new raid group and seeing a number of core members unceremoniously booted from my FC I'm ready to let go and move on. I've enjoyed my stay in Hyperion — two years, eyy! — but apart from its dwindling population the server's been more isolating than ever. And the community's just not there for me anymore.

I'll look into a new FC next year or whatever.

it was fun while it lasted, huehue